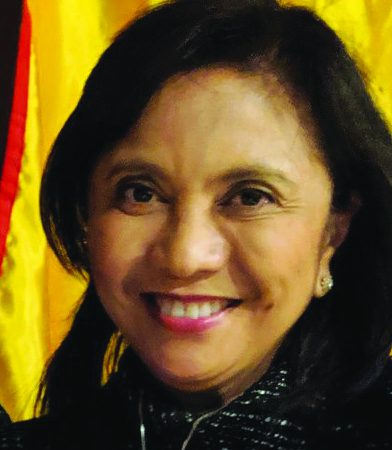 Dateline Seattle: Leni Bicol Mail – September 30, 2021 Forget everything that paid trolls are saying about Vice President Leni Robredo. Forget about the suspense that has been created by Leni not deciding sooner whether she is running for president or not. Forget about the angst that has been built among her supporters as her winnability is questioned Forget about the scenario of Leni not being exceptionally aggressive and, therefore, not fit to be president. None of that matters because Leni, when she finally decides to run for president (and I hope she will), is the only true opposition candidate who is principled enough to embrace the democratic ideals that the incumbent miserably failed to practice.

Mayor Isko Moreno Domagoso is not really a true oppositionist. He might appear to be the least controversial among the presidentiables, but if one digs into some of his latest pronouncements, one can see a politician not much different from DU30. Consider these: It has been reported that Isko will not withdraw the Duterte administration’s trumped-up charges against Senator Leila de Lima; he is not clear on whether he will endorse the investigation of DU30 by the International Criminal Court (ICC); he will offer DU30 a cabinet position in his administration; he admires the dictator Marcos for being a visionary (Esquire Magazine, 2019).

Senator Manny Pacquiao is known to support Duterte’s bloody drug war and most of Duterte’s legislative agenda. He once called the LGBTQ community “worse than animals” that drew international condemnation. For years, Pacquiao and DU30 were close allies until recently.

Chad De Guzman of Time Magazine described Pacquiao’s battle for the presidency in his September 24, 2021 article as a fighter who “looks more like an undercard fighter than a main bout contender.” Says Lucio Pitlo III, a research fellow at Manila-based think tank Asia Pacific Pathways to Progress Foundation, “I think the odds are, at this stage, stacked against Senator Pacquiao…His experience in politics is still up for question.” I could not agree more.

But Pacquiao is not a stale commodity, so to speak. He has an important role to play in the coming election. The greatest service that he can offer to the country at this time is to support the call for a united opposition. And, he seems to be open to it. He recently said, “This call for unity is truly urgent because the survival of our nation is at stake. Ako po ay bukas sa mga ganitong pag-uusap na kung ang layunin nito ay ang maisulong ang anumang hakbang na para sa pagkakaisa at ikabubuti ng bansa.” (We are open to these talks, if the goal is to unite the country and for the betterment of our nation).

Although Senator Panfilo Lacson ought to be commended for his anti-pork barrel advocacy, his legislative agenda has often been shaped by his military training and perspective. He is the sponsor in the Senate of the dreaded Anti-Terrorism Act of 2020 which has been used as a shield by the current government to indiscriminately arrest and, in some cases, kill activists and human rights workers.

Bongbong Marcos is Bongbong Marcos. He is so obsessed with power that he will do anything and everything to win the presidency, even to the point of revising history to make his father’s years of dictatorship appear to be the “golden age” for Filipinos.

Will Leni be the missing piece that is needed in the Philippines today? Inquirer columnist Solita Monsod has something special to offer. She writes, “Leni will come into the presidency with clean hands and a clean heart.

No political baggage: she is a widow, her children have no political ambitions, so the corruption potential is minimized.” Indeed, the leadership that she will bring is unique. She will bring the needed spark to a country that has lost its dignity and decency because of its inept leaders.in government. Leni can be the difference-maker. In the bigger picture, a growing number of people believe that Leni is the best candidate who has the chance of beating Manny, Isko, Ping, Bongbong and even Sara,

if she reneges on her promise not to run. Leni is the only one that the opposition can offer at this time. She is decent, transparent, and reflective. She is a unifier and feels the pulse of the people. She has the moral values that qualify her to be a servant-leader. As Joel R. Butuyan wrote in the Inquirer.net on July 5, 2021, “If our country passes up on the chance to elect someone like Leni, she will join the ranks of leaders we have squandered and who could have been the best presidents of our country.”

Senator Ping Lacson says that Leni is not tough enough to be president. I don’t know what the good senator means by being tough. If he means being physically tough, Leni might not be as tough as Ping who I am guessing had undergone special ops training in his life as a PMAyer and a former police officer. But I would rather have a president who possesses mental toughness and fortitude than mere physical toughness.

Leni will not become a star president overnight. But it is reasonable to expect the best from her because that’s what she has been doing during the last five years. This side of Leni was displayed when she accepted the position of anti-drug czar in 2019, to the surprise of many, despite knowing that the offer by DU30 was a bluff meant to expose her weakness.

It was shocking to many that Leni right away developed a plan of action that included doing away with the killings in the anti-drug operation – contrary to Senator Bato’s Operation Tokhang – and meeting with the United States and United Nations officials to discuss pertinent issues related to her work.

Leni also expressed her desire to have access to intelligence reports and the list of high-value drug targets, much to the chagrin of the DU30 administration. Thus, several days later, Leni was fired by the president. There may be a lesson here.

Fearless leaders often make the most daring and effective decisions. They are the ones needed to bring back civility and respect to a country whose people have long been abused.

They are not inclined to work and serve for self-aggrandizement but to doing what is good. Leni is one of these leaders. For the sake of the Philippines, for the sake of the Filipinos, I hope she will answer the call.