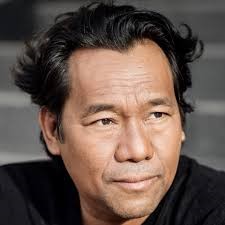 BY FELINO DELLOSO – Gerard Cabellon is an emerging Director and Cinematographer from Sydney, Australia and has studied Media Arts & Production at the University of Technology.

Gerard is influenced by his upbringing as a Second Generation Filipino and his experiences of living in Sydney’s West. He is dedicated to telling personal and cultural stories of Sydney’s working class, as presented in his debut narrative short film ‘Prodigal Son’ (2019). His interest began in his childhood helping his father who was a corporate videographer.

What are the films that you have been involved in here and overseas?

Film projects about short films by friends from university. Notable is Red Sheep (2018), director Mustafa Allawi, an Iraqi war drama based on the director’s personal experience during the 2009 bombings. This was my first major experience as a Director of Photography.

Then Hiruaerak (2018), directed  by Baro Lee, is a Korean experimental drama about the director’s reconciliation with his mother and her reflections on birth, life and death. I was the Assistant Director on this film and it was one of the most creatively and logistically challenging projects I’ve been involved in. I also really enjoyed 1st ACing on Joy (2019), directed by  Gabriel Morrison, which recently premiered in Flickerfest.

I started working on feature films in Sydney during 2018 with Hearts and Bones, directed by Ben Lawrence. I was the Production Assistant on this film for two months. My second feature was June Again by JJ Winlove, where I was a Camera Assistant under cinematographer Drew English. I also filled in for a couple shoots on Western Sydney productions Diety, directed by Taofia Pelesasa and Neverland, directed by Herbert Leota in the lighting department. I am yet to work on any overseas projects, though that is definitely something I see for myself in the near future.

Which one would you consider your favourite or the best one you have undertaken so far?

Hearts and Bones was an incredible first-look into the Australian film industry and I was fortunate to be on board as a Production Assistant. My role allowed me to closely observe each department on a film set and roughly learn the joys and difficulties of each role through daily conversations with crew members.

On a technical level this film raised my standard of work, which translated to greater execution for future film projects. And my understanding of the various roles allowed me to communicate effectively with my crew as a director. The film was logistically ambitious so everyone was required to work beyond their limits to complete the project. Consequently, this would bring out the best and worst in people, which allowed me to realise that working in film was just as much about being a good person than a talented worker.

It also showed me that the process was more important than the final product. I am still yet to watch the film, however I was lucky to meet people that I believe will have left a lifelong impression on me.

Who would you accredit as having the greatest influence on you and in what you do?

I always enjoy working with Baro Lee, director of Hiruaerak. We’ve been close friends since the second year of university and have since operated as kind of a ‘duo’ in film productions. Baro is also someone who is always critical and honest with feedback about personal projects or ideas, and in film . Getting the approval from Baro generally means a project will turn out well. I also would also say my father Gerry Cabellon has been the greatest influence on me as a filmmaker. It’s interesting as my dad and I rarely discuss my work or talk about ideas for projects. In fact we often clash in New School versus Old School type debates, with him heavily on the side of the new and me on the old. Regardless, it has always been reassuring to see someone constantly editing or tampering with video equipment. There has always been a feeling of excitement when finding unique lenses in our garage or an old film camera in a dusty box. I think having that constant sight in my life has shaped my world to reflect something similar.

What was the most enjoyable/best part of your career so far?

The event that always comes to mind is directing my first short film Prodigal Son in 2019. The effects of working on that project exist to this day in the sense of close friendships and growth as a person. Working on that film was definitely the hardest I have worked so far in my life and naturally that comes with many joys and heartbreaks. Reflecting on my process during that film has taught me lessons such as trust your instincts and value the little moments. In my short experience I’ve seen that films go through several lives and deaths during the stages from conceptualising the idea to the months/years after its premiere. Each of these many phases are invaluable and, of course, you plan and prepare for what comes next but once the current phase has died there’s no way to return. Looking back at Prodigal Son, there were moments I was preoccupied with the task ahead that I forgot to enjoy the process and the subtle connections with people. I’m sure this is a normal thing directors go through and with experience and maturity a balance can be found. This search for balance excites me and now I can only look back at this film with joy and gratitude.

What else would you want to accomplish?

I would like to work with and meet more Filipino artists both locally and internationally. The last couple years have been huge for the Filipino Australian community as many new faces emerged in the video, music, events and art scenes. Names such as Open Source, Benji B, Maxedout Films and Raven Pajarillaga come to mind as some Fil-Aus names to keep an eye out for in the near future. Internationally, I would like to speak with artists born and living in the Philippines to study our differences in identity and culture through a cinematic viewpoint.

Do you have any projects coming up?

In 2020 I told myself I was going to take a break from directing/working on major projects so I could redefine myself as a dancer, but now in 2021 I plan to slowly ease myself back into film work. I am currently developing ideas for a few experimental and dance films that I plan to shoot over the year. However, I have no plans for distribution and it’s very likely these films stay with me as personal projects. Lately I’ve been quite inspired by directors Makino Takashi, Jem Cohen and Jean Claude Rousseau, as these directors have a very minimal and innocent approach to cinema. Their films are profound as final products but their process feels more cathartic than normal film productions. They often shoot footage, sometimes with no direction, for a day/ months/years and take their time piecing together a narrative from their stockpile of ideas or an emotional response to the images. I have been enjoying this approach as it allows me to work off of instinct and feeling above anything else.

What advice would you give to other aspiring Fil-Aussie Directors/Filmmakers who are still trying to establish themselves in the filmmaking industry?

As a director, it’s important to dig deeper into our roots and lean into our identity as Filipinos. Growing up I realised that many of the Filipinos in my age group, including myself, struggled with truly accepting themselves as Filipinos. It was comfortable growing up as a Filipino as we are abundant in the Western Suburbs however we are also the first to put each other down. It is only among Filipinos that we point out how dark someone’s skin is, or the size of their nose, of the thickness of their accent. This only tears us apart from the inside.

We need to dissolve these colonial insecurities and reclaim what it means to be a Filipino in Australia. Our pre-colonial roots show us that we are imaginative thinkers and natural storytellers, as we used folktales, songs and mythical creatures to depict our world. My advice would be to research this aspect of the Filipino culture and use it as fuel for your own creativity. Our potential as filmmakers and artists is seemingly infinite yet remains to be fully realised, as we are held back by our own subconscious doubt. Filmmaking and art are the greatest tools for us to create self-love, and just by deciding to create art you are forming a more promising future for those that follow. Some places to start reading on pre-colonial Philippines are articles on The Aswang Project, Arthur Soriano (AKA igorot.sky and author of Maharlikan Chronicles) and books by Professor Damiana Eugenio. I, by no means, am an expert in this field though I have found that since reading more into my background my appreciation for myself and my culture has increased, and furthermore increased my drive to be a filmmaker.

Being Filipino is our superpower. There is no need to alter our taste or accommodate to the expectations of the masses. BY Felino Dolloso .