Home 2020 February 13 Headlines, Homeland I am among many Filipinos with Chinese ancestry 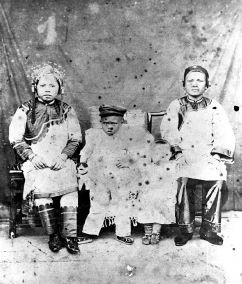 At no other time in the life of modern day Filipinos does the love-hate feeling toward the Chinese people are displayed than today.

Political issues such as the Western Philippines sea territory, the pivot of the Philippine President’s preferred friendship and trade with China, not to mention the increasing dilemma of dealing with the corona virus tragedy which emanates from China have come to play into Sino-Philippine relationship. Even in the life of  Filipino Australians with Chinese heritage now transplanted in Australia.

But one thing that should be understood is that heritage of many modern day Filipinos  reveals the Chinese blood in them.

My mother Concepcion Reyes Perdon was a child of a Chinese migrant in Bicol and a Bicolana widow.

Her story is that she was born in Bicol in the Philippines, but during her infancy lived in China when her father Pablo Reyes a Chinese bookeeper and his wife Honorata settled in Quemoy. They returned to Bicol after a few year later during some political turmoils in China.

My mother had a brother named Fortunato who perished in Bicol during WWI and left two orphaned sons who were adopted by my mother until their manhood years.

My mother had four sons herself including me. She also adopted a grown up son of my father who as a widower married my mother.

From my mother, I heard so many folk and cultural stories about the Chinese life, from family life, traditions, food, superstitions, and many more.

Amidst the Americanised Filipino culture, some features of Chinese culture show up in my growing years like in the life of many Filipinos with mixed ancestry.

I guess that’s the trade off for having a happy multicultural life.